The Ease and Beauty of Open Concept Showers

https://www.homeandgardendesignideas.com/articles/kitchen-bath/the-ease-and-beauty-of-open-concept-showers-1661997109 The open concept shower offers both practicality and allure. With the right design and the right expertise you can enjoy a shower that is both visually pleasing and easy to use.

The Ease and Beauty of Open Concept Showers

The open concept shower offers both practicality and allure. With the right design and the right expertise you can enjoy a shower that is both visually pleasing and easy to use.

An open concept shower has a high aesthetic value and is incredibly pleasing to the eye. Not only is this floor plan nice to look at, but the open concept design also allows you to enter and leave quickly as well as clean the area with ease. The design leaves no ugly glass doors or scummy shower curtains that can be a breeding ground for mold and bacteria. By using moisture resistant building materials and a drainage system, you can ensure that the steam and water from your new shower does not stick around allowing mildew or mold to grow in your bathroom.

Open concept showers are more common in Europe with grotto style shower rooms in Italy and doorless showers in France, but do not let this fact sway you from integrating this chic design in your own bathroom at home! The open concept shower offers both practicality and allure. With the right design and the right expertise, you can enjoy a shower that is both visually pleasing and easy to use.

The shower no longer has to be secluded or independent of the bathroom. Fully integrate your shower with an open floor plan like was done in this home! 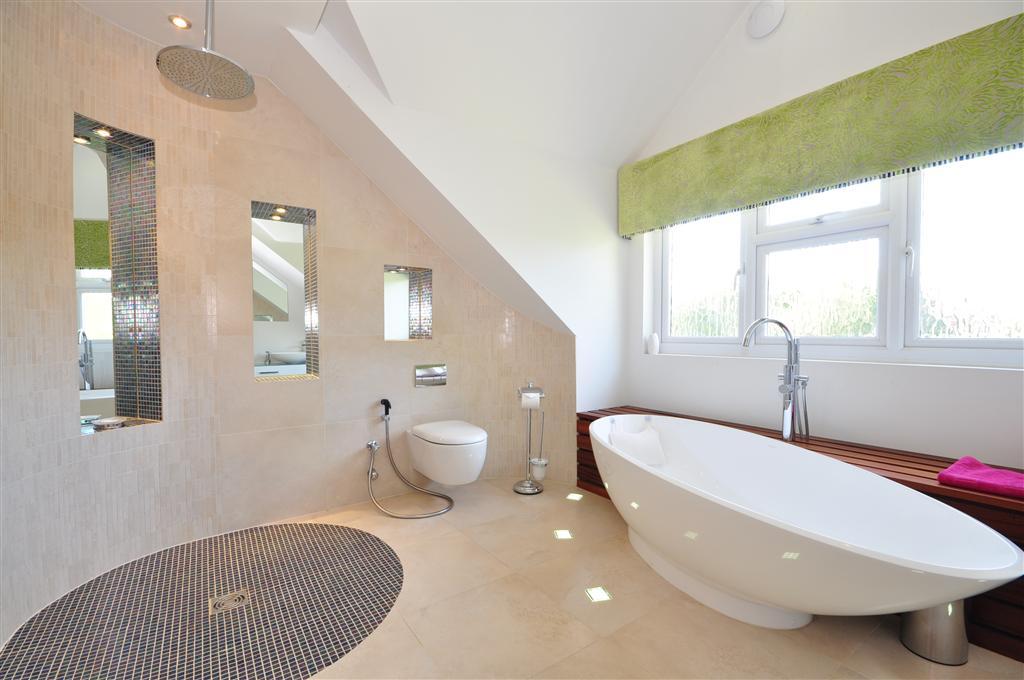 Do you prefer more freedom to move around when showering? Then an open concept bathroom design is perfect for you. The design allows for a large and more spacious area to enjoy your hot shower! 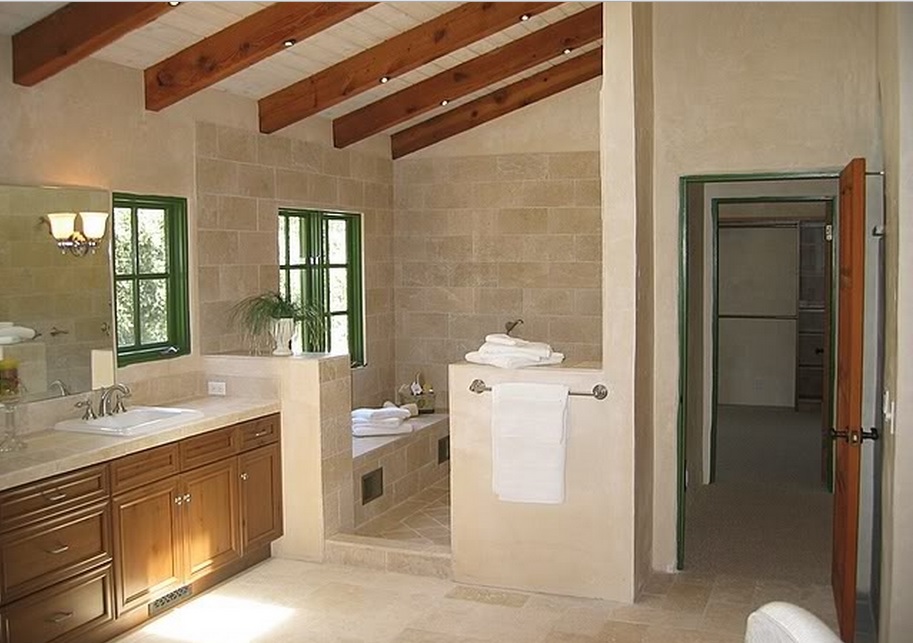 If you desire, add a small dividing wall to your open concept shower for some privacy and insulation like in this aqua themed bathroom! 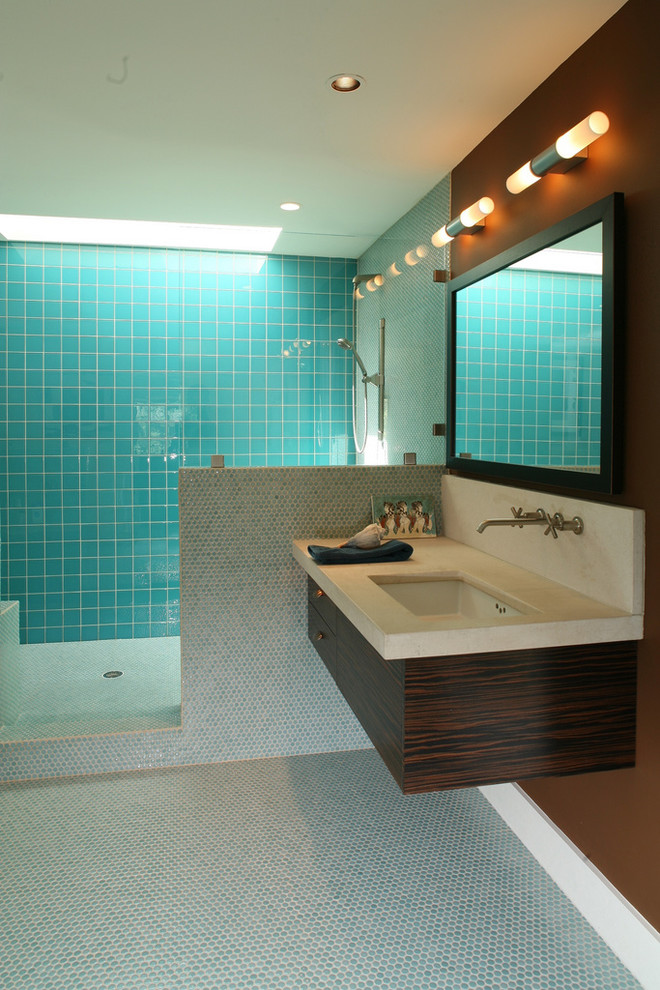 Utilize small spaces in your bathroom with an open shower. You can even use your open concept shower to show off a special feature, such as the fish tank in this bathroom! 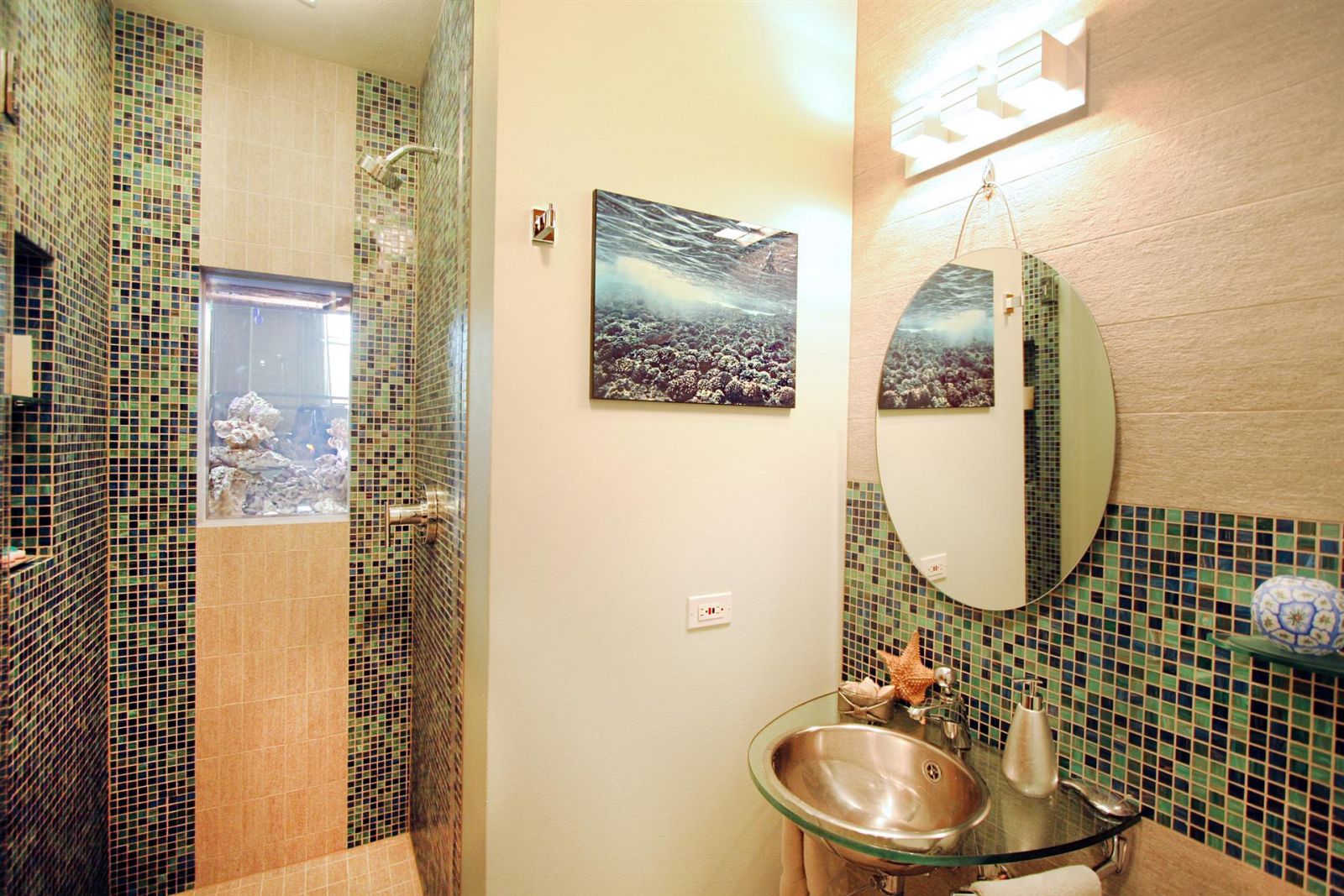 Combine an open concept shower with a unique design, like this arched ceiling, for a fresh new look for your bathroom. 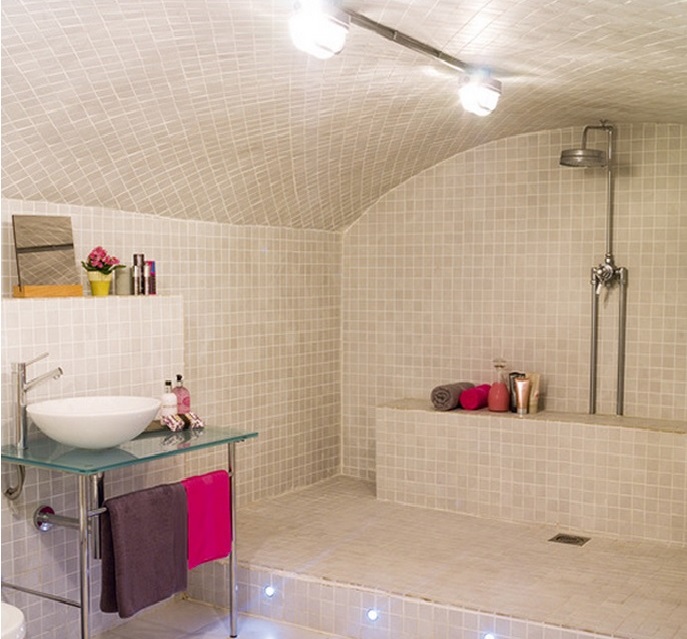 Are you worried about insulation in an open shower? Then consider designing the shower as a hallway rather than in the middle of the room to conserve heat as seen here! 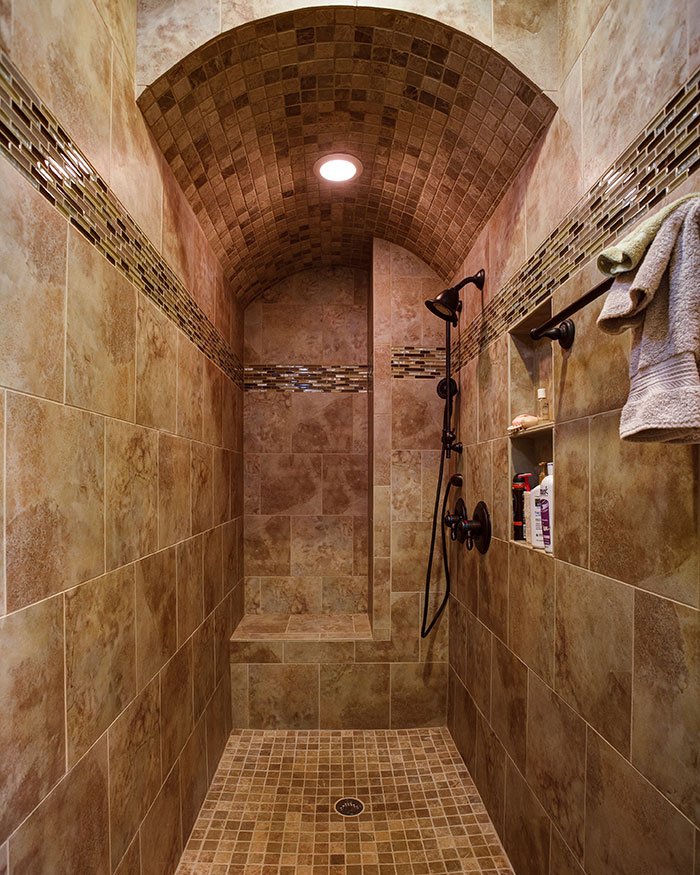 Use an open concept for your bathroom and show off your eclectic taste, such as this lovely shower that features a mixture of Victorian, Moroccan, Spanish, and Cuban shower tiles for an interesting retro design. 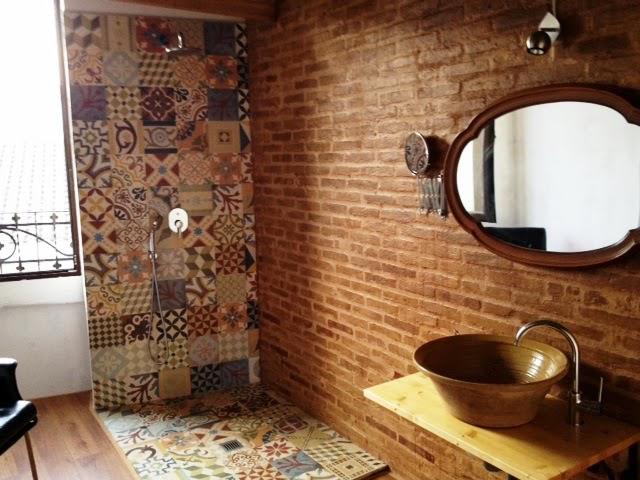 Introduce Your Shower to the Bath

Your bathtub and shower no longer have to be combined or separated! Make the transition between the shower and the tub more natural with an open floor plan. 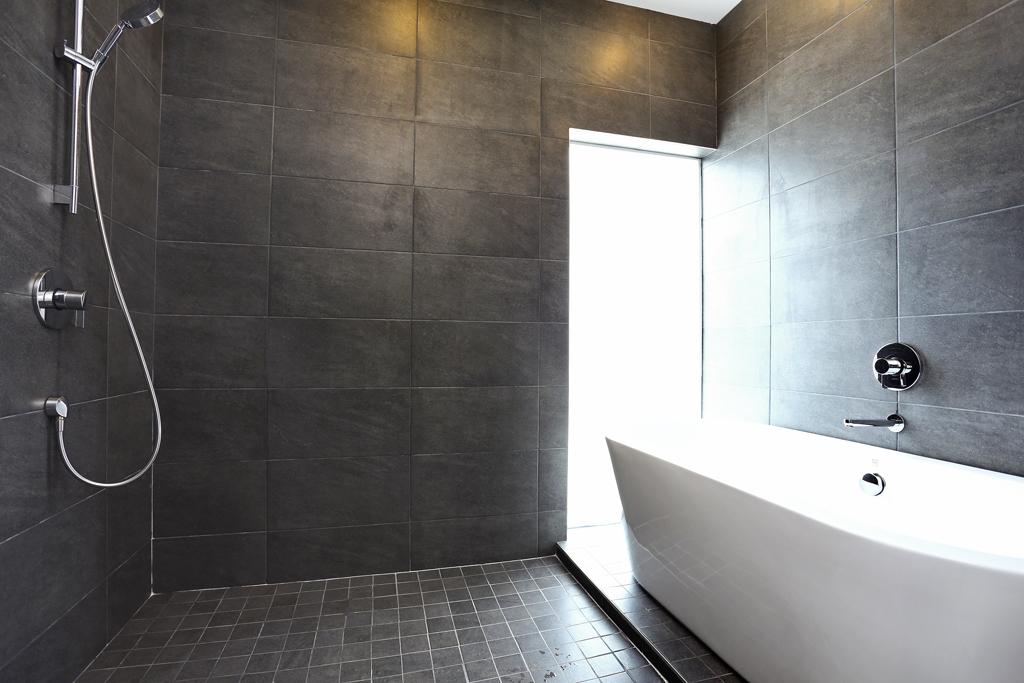 Allow your open shower to create a flow of design between it and the rest of your bathroom to connect them both physically and thematically. 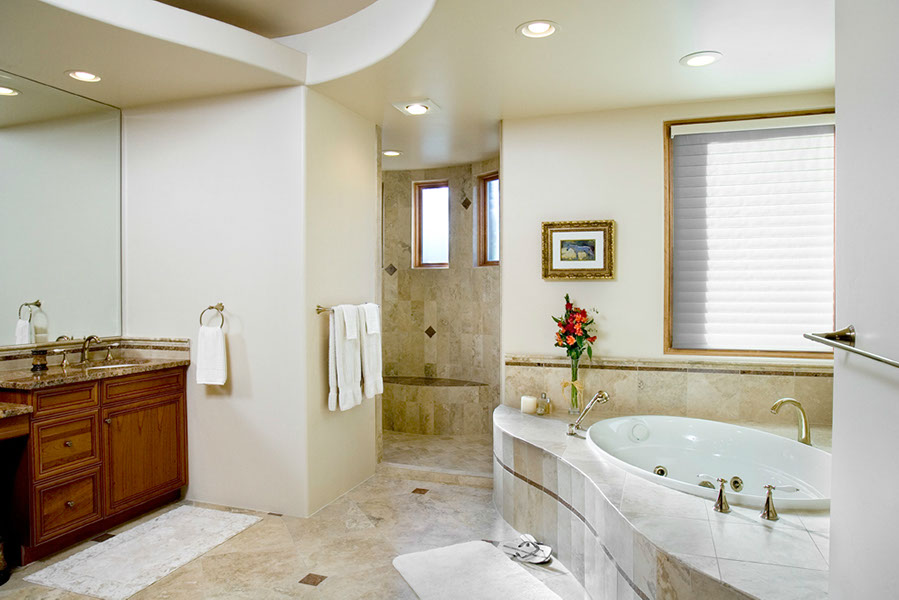 Make Room for a Bench

Use the extra space of your open shower for a bench that can be used for sitting or storage!